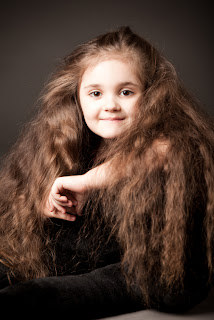 Thanks to the wonderful Larrisa, I now have a wonderful new website and blog. So from here on out, look for blog posts and book information here: http://authorstephanihecht.com/

Oh, and just for the fun of it, I posted this picture of Ava. I thought it was fitting since Shane's Inner Anger comes out tomorrow and she plays a huge role in it.
Posted by Stephani Hecht at 1:19 PM 1 comment:

Posted by Stephani Hecht at 3:39 PM No comments:

I remember a conversation that Cody and I had a while back. He told me that when he first realized that he was gay, he would have done anything to change it. He was scared, terrified of being hated and felt as if he were the only boy who thought the way he did. I believed that I understood at the time, but I was wrong...so very, very wrong.  It was only after watching this video and song that I finally got it. I am so glad that Cody has found his place in the world and I can't wait to watch the rest of his journey. I know it's going to be magical.

A very touching video about a father's personal journey of acceptance toward his daughters same-sex marriage.
Posted by Unknown at 2:34 PM No comments:

If you follow my tumblr or FB page, then you're probably aware of how much I love drag queens. So, you'll understand how upsetting it was when I learned that former RuPaul Dragstar star, Sahara Davenport passed away. Sahara had amazing beauty and grace, inside and out. My heart also goes out to Manila Luzon who was in a long-term relationship with Sahara. One just had to look at only once picture to see how much they loved each other They were proof that Love is Love, no matter what some people say.

Posted by Stephani Hecht at 8:49 PM No comments: 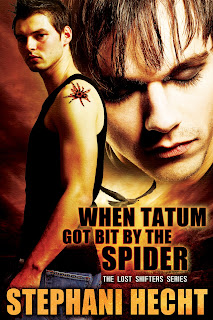 Look at what comes out tomorrow!!!
Posted by Stephani Hecht at 1:13 PM 6 comments:

Can there be a thing as too much free speech

Free speech. It’s one of the things that our country was built on. The thing that sets us apart from so many nations. The thing that allowed for such wonderful changes in our nation—feminist equality, the black rights movement and pride marches.
Of course there have been some bad, the white supremacist rallies, the Westboro Church protests and Focus on the Family broadcasts. We may not have liked it, but we just reminded ourselves that it was one of the hard prices we had to pay to have Freedom of Speech.

But what happens if people take this right and go too far? When does it cross the line and go into the Chaplinsky zone? After all as the old saying goes, ‘you can’t yell fire in a crowded movie theater and expect to not answer for it’. Already there have been too many cases of white supremacist groups who kill minorities and that was horrible, but at least the haters could then be held accountable for their crimes. Although, even then we can agree that far too many families still didn’t find the justice they deserved for their lost loved ones.  We still were left with the question—would there ever be a day, where freedom of speech could be taken so far that it went to the level of being criminal?

Case in point, the video that popped up recently on YouTube.  I’m sure you’ve all heard about it by now. Not only was it vehemently anti-Muslim, but it depicted Mohammad. That alone would have caused a huge blow up, since it’s a huge no-no to show any images of the God. But, this filmmaker took it a step further and showed the God as murderous, a womanizer, a child molester and a homosexual. While I have no problem with the last one, I do take grave offense over the fact that homosexuality is once again lumped with child molestation. So, the filmmaker managed to upset yet another marginalized group.

Who made the film is still up for debate. From the reports I read, the line from production to screenwriter are murky at best and there were aliases used at all levels. What’s more, the actors who participated in the film have come forward and stated that not only did they have no idea as to the content of the film, but many of their lines where dubbed over.

Had this just been a film, maybe we could have just been disgusted and chalked it up as another case of ignorance and bigotry. The problem is that’s not happened. Thanks to some vigorous promotion, by yet another layer of shady characters, this video became known world-wide. The results were nothing short of terrifying

Protesters all across the Middle East and North Africa have attacked US Embassies and
American owned business. They’ve burned American flags, set fire to the buildings and destroyed the properties. That’s not all, the violence has exploded, leaving several dead, one of which was American Ambassador, Christopher Stevens. That’s not to mention all the innocent individuals who died, simply for being at the wrong place at the wrong time.

This leaves all of us as a Nation and a world to wonder if there should be boundaries for Freedom of Speech.  Some of us may still be yelling out a vehement ‘no’, but take a step back. How would you feel if you had to be the one who went to inform a family that their loved one would never be coming home, just because some bigots decided to make a film without a care of the consequences? And we all know that this was the exact response the filmmakers were hoping for. Just listening to some of them talk, leaves no room for doubt.

Please, don’t think I am holding the protesters faultless, either, there is no excuse for their violence. This was one low-budget film made by some low-life characters, and now thousands are reacting with violence to show their displeasure. Surely, they could have found better ways to express their disapproval. Besides, it wasn’t America who made the video, but rather a small group of hate-minded individuals.

Then there is the other part of the argument. The one that goes back to how much Free Speech has accomplished for this Nation. I’m a writer, so I embrace this right tightly. It’s because of this that I am able to write what I want or have a blog without fear of it being monitored.

Yet, as I see fresh pictures of the destruction coming out every day, I have to wonder. What do you all think? Did they go too far, or should Freedom of Speech encompass everything?
Posted by Stephani Hecht at 8:39 PM 2 comments: 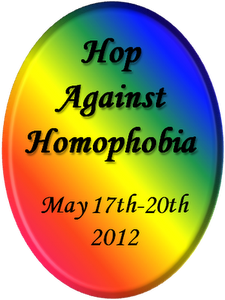